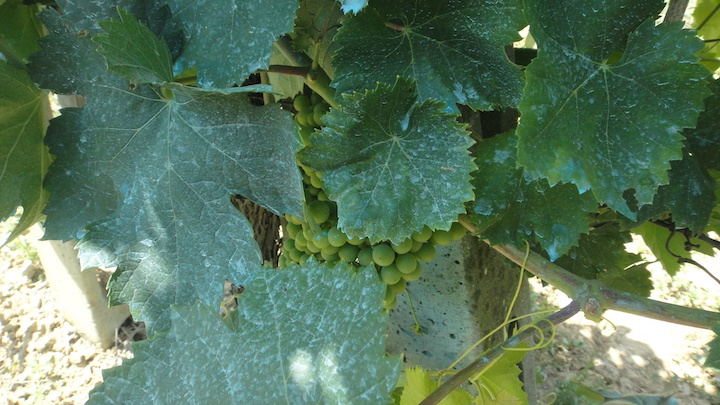 Methyl bromide (CH3Br) and methyl chloride (CH3Cl) are major carriers of atmospheric bromine and chlorine, respectively, which can catalyze stratospheric ozone depletion. However, in our current understanding, there are missing sources associated with these two species. Here we investigate the effect of copper(II) on CH3Br and CH3Cl production from soil, seawater and model organic compounds - catechol (benzene-1,2-diol) and guaiacol (2-methoxyphenol). We show that copper sulfate (CuSO4) enhances CH3Br and CH3Cl production from soil and seawater, and it may be further amplified in conjunction with hydrogen peroxide (H2O2) or solar radiation. This represents an abiotic production pathway of CH3Br and CH3Cl perturbed by anthropogenic application of copper(II)-based chemicals. Hence, we suggest that the widespread application of copper(II) pesticides in agriculture and the discharge of anthropogenic copper(II) to the oceans may account for part of the missing sources of CH3Br and CH3Cl, and thereby contribute to stratospheric halogen load.